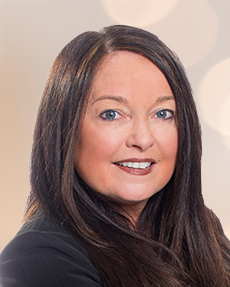 Ms. Murphy's practice is devoted to zealously defending the rights of clients charged with crimes in state and federal trial and appellate courts.

Professional History
After serving as a judicial clerk with The Honorable James T. Smith, Circuit Court Judge for Baltimore County for three years, Ms. Murphy became associated with a prominent Baltimore law firm and developed an outstanding reputation in the legal community for her legal writing. Her experience includes litigation of various criminal and civil motions and appellate briefs on behalf of hundreds of clients in state and federal court. She has briefed cases before the Supreme Court of the United States, the United States Court of Appeals for the Fourth Circuit, Maryland Court of Special Appeals and numerous trial courts throughout the United States.

Ms. Murphy authored the brief of Leeander Blake, accused of murder, whose state charges were reversed by the Court of Appeals of Maryland. This matter was argued before the Supreme Court of the United States. Ms. Murphy also authored the successful motion for new trial for the internationally reported prosecution of Reverend Maurice Blackwell, a Baltimore priest, against allegations of sexual abuse.
Since joining Silverman Thompson, Ms. Murphy has had continued success arguing and briefing appellate cases in both of Maryland's appellate courts. A sampling of those cases include:

• Big Louie Bail Bonds v. State: a unanimous victory in the Court of Appeals on behalf of the bail bond industry
• Bircher v. State: Reversal of first-degree murder conviction by Maryland appellate court. State v Bircher, 221 Md. App. 425 (2015)
• Dargon v. State: a unanimous victory in the Maryland Court of Special Appeals reversing a trial court’s ruling on a motion to suppress evidence
from a search that was violative of the Fourth Amendment

Ms. Murphy is also an adjunct professor at the University Baltimore School of Law where she co-teaches Evidence with her father, Judge Joseph F. Murphy Jr. of the Court of Appeals of Maryland (Ret.). (Read his Bio)