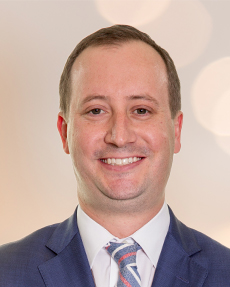 Judson Arnold is an associate attorney in the firm's Criminal Defense practice, litigating in both federal and state courts. Mr. Arnold also works in conjunction with the firm's Business Litigation group, where he represents clients in a range of complex civil, appellate, and commercial matters.

Prior to joining Silverman Thompson, Mr. Arnold worked in the Homicide Division of the State's Attorney's Office for Baltimore City. In his time as a prosecutor, Mr. Arnold regularly litigated jury and bench trials to verdict. Having also worked as an Assistant Public Defender prior to becoming a prosecutor, Mr. Arnold has experience on both sides of criminal litigation-ranging from misdemeanors to serious felonies.

Mr. Arnold completed his undergraduate education at Emory University, where he majored in both Political Science and History. After graduation, Mr. Arnold attended the University of Baltimore School of Law where he served on Law Review and graduated with honors. Immediately following, he had a judicial clerkship for the Honorable Ronald A. Silkworth of the Circuit Court for Anne Arundel County, Maryland.