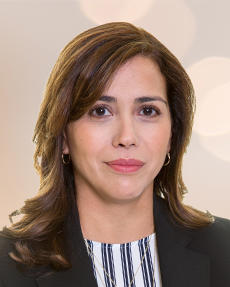 Ms. Escalante practiced plaintiff’s personal injury matters in Phoenix, Arizona for the Law Office of Sara J. Powell from 2003-2004. Her focus was on complex litigation matters involving victims of crimes including women and children who were sexually abused or assaulted. From 2005-2007, Ms. Escalante served as a legal liaison for a remediation construction company who was part of a large class action settlement agreement involving damages caused by external water intrusion and mold. Her personable and amicable nature assisted in dispute resolution and the successful completion of the remediation of over 3000 homes. Ms. Escalante also worked as a research attorney for a personal injury firm in Austin, Texas from 2008-2009. In 2009, Ms. Escalante joined a New York immigration firm as Of Counsel working on family based immigration cases. Thereafter, Ms. Escalante became the founder and principal immigration attorney of the Law Office of Marisol L. Escalante, in Baltimore, Maryland from 2010-2013.

Presently, as a member of Silverman Thompson, Ms. Escalante continues her immigration practice and brings to the firm a wealth of legal experience and expertise. She concentrates solely on federal immigration matters with a focus on family based cases. As a fully bilingual Spanish speaking attorney, her clients receive personal attention and quality legal representation. Ms. Escalante is licensed to practice before Immigration Courts and the United States Citizenship and Immigration Services (USCIS).