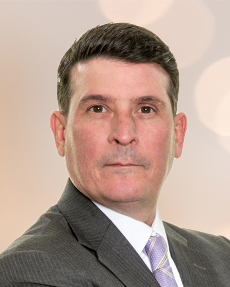 Brian Thompson is one of the founding partners of Silverman Thompson and chair of the firm's Criminal Defense Practice Group. Mr. Thompson devotes his time to litigating criminal cases and related civil and administrative actions.

After graduating with honors from Towson University, Mr. Thompson enrolled in law school at the University of Baltimore. In January of 1994 he accepted a position with the Office of the State's Attorney for Baltimore County where he was employed for almost five years. As an Assistant State's Attorney, Mr. Thompson successfully prosecuted thousands of criminal cases in the District and Circuit Courts. Mr. Thompson developed a particular expertise in the prosecution of alcohol related traffic cases, sexual offenses, white collar crimes and cases involving violations of the state's narcotics laws. Mr. Thompson also prosecuted many high profile cases including the prosecution of the sitting Chief Judge of the Circuit Court for Baltimore City.

Mr. Thompson is widely recognized as one of the top lawyers in Maryland. He has received a perfect 10.0 "Superb" rating from Avvo, one of the most respected attorney rating services in the country. From 2014, 2015, 2016 and 2017, Mr. Thompson was named as one of Top 100 Lawyers in Maryland by Super Lawyers Magazine. This honor, which is based on peer voting, follows seven years of being named a Super Lawyer, a distinction reserved for only the top 5% of attorneys in the State. Very few criminal lawyers ever receive this exclusive status among Maryland Attorneys, much less "top 100" in the state. With over 35,000 practicing attorneys in Maryland, being named among the top 100 or .02% by his peers clearly identifies Brian Thompson as among the most elite attorneys in the State.

Upon entering private practice in 1998 Mr. Thompson quickly built upon the reputation he developed as a prosecutor and is considered one of the most aggressive and talented criminal practitioners in Maryland. He appears in court daily, handling an average of 15 criminal and serious traffic cases per week. His cases range from routine criminal and traffic misdemeanors to highly complex blue and white collar felonies. He has defended a diverse variety of clients including many legal and medical professionals, teachers, public figures and prominent members of the business community.

Mr. Thompson has also handled many cases that were widely reported in the media, including receiving international media attention for successfully defending a Baltimore man who was wrongfully suspected of plotting a domestic terrorist attack on The World Trade Center Building in the Inner Harbor. Mr. Thompson received prominent coverage by the Washington Post as well as Fox News and other television news stations for his representation of a Catholic University freshman who was raped on campus. Because of Mr. Thompson's aggressive advocacy in that case significant changes were made in the way in which the University handles rape investigations. Mr. Thompson has been featured many times regarding his work by virtually every television, radio and print news media outlet in the state. He has also appeared multiple times on WBAL radio to discuss his work and offer legal analysis. Most recently Mr. Thompson received prominent news coverage for successfully defending a woman who was wrongfully charged with operating a dog fighting organization. Because of Mr. Thompson's aggressive advocacy in that case the State dismissed all charges related dog fighting and acknowledged on the record that the charges were untrue.

Mr. Thompson is also regularly quoted in the news as a legal commentator and expert criminal attorney for prominent cases in which he is not involved. Most recently Mr. Thompson has on multiple occasions been interviewed on television and quoted in newspaper stories in the high profile Freddie Gray case. This case has been reported across the county and around the world after it resulted in riots in the city and the unprecedented criminal indictment of 6 Baltimore Police officers. Mr. Thompson has also been repeatedly called upon to offer expert commentary with respect to the national case involving Episcopal Bishop Heather Cooker who tragically struck and killed cyclist Thomas Palermo while she was texting and had a blood alcohol content that was nearly three times the legal limit.

In 2013 Mr. Thompson was quoted in multiple stories in the Baltimore Sun and appeared on Fox News to provide analysis regarding the high profile, "stand your ground" trial of George Zimmerman in Florida. In 2011, Mr. Thompson’s expertise was utilized in multiple Baltimore Sun Articles for analysis of a tragic case in which a recidivist drunken driver struck and killed a Johns Hopkins college student before leaving the scene. Mr. Thompson also provided expert analysis in the Daily Record in a story about an elite Baltimore boxer who was retaliated against by the police, costing him his chance to compete in the Olympics. The Daily Record also prominently featured Mr. Thompson’s expertise analysis in an in depth expose on how bail is set in Baltimore City in comparison with other jurisdictions. Mr. Thompson has written extensively on his blog about this issue and is widely regarded as one the pre-eminent experts on bail issues.

Mr. Thompson appears in court on a daily basis in state, federal and military courts in the Baltimore metropolitan area and around the State. Mr. Thompson is also a United States Army veteran and handles many cases on behalf of other veterans of the Armed Forces. 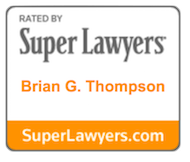