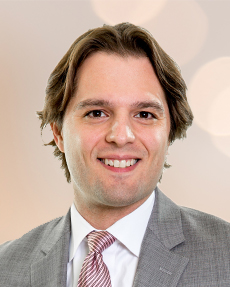 Ned Parent is an experienced and versatile trial lawyer, utilizing his unique analytical skillset to offer his clients efficient and effective representation.

Mr. Parent also regularly litigates disputes related to breaches arising out of Power of Attorney documents and similar papers. In addition, Mr. Parent represents clients in disputes over life insurance proceeds, including interpleader actions, and has obtained millions of dollars in such proceeds for his clients.

Mr. Parent argues such matters before Circuit Courts throughout Maryland, as well as before both the Court of Special Appeals and the Court of Appeals. Mr. Parent also regularly appears in Orphans’ Courts statewide on various estate issues. Frequently, these matters include a mixture of issues requiring litigation in multiple forums, resulting in highly complex disputes through which Mr. Parent deftly navigates his clients.

Mr. Parent’s practice also includes representing corporations and individuals in business disputes, as well as in administrative and regulatory matters before, for example, the Office of the Maryland Attorney General, the Baltimore City Board of Zoning Appeals, and the Maryland Insurance Administration.

Mr. Parent has extensive trial, appellate, and arbitration experience, and has litigated matters in Maryland and throughout the United States, including the District of Columbia, Texas, and Nevada.

Prior to joining Silverman Thompson Slutkin White, LLC in 2011, Mr. Parent worked for more than four years as an associate at Venable LLP, where he represented corporations, individuals, and local municipalities and organizations in various complex commercial and contract matters.