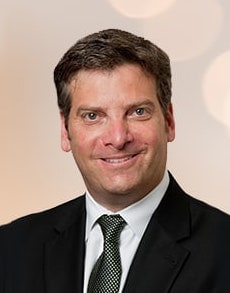 Ira Rainess specializes in complex legal deal structuring and business development for a high-profile client base. As the go-to attorney and agent in public/private partnerships, deal financing, corporate strategy, and mergers and acquisitions, he also serves as the Head of the Sports & Entertainment Law practice at Silverman, Thompson, Slutkin & White. A visionary in the world of sports, gaming, and business law, his reputation is supported by staying ahead of the curve for some of the world's most celebrated celebrity clients. Recently Ira served as President of Alliance MMA, a sports and media company publicly-traded company on the NASDAQ stock exchange.

Ira's sports management career began in 1990 when he tutored under famed sports agent Ron Shapiro. There he established a relationship with baseball legend Cal Ripken, Jr. for whom he managed his marketing, business development, and legal matters as President and General Counsel for the Tufton Group. Creating and managing the first joint licensing partnership with MLB and MLBPA for his retirement tour, he pioneered Milestone Marketing, a model for Ripken's "2131" Consecutive Games record, later used by other athletes commemorating achievements (NY TIMES 1997).

As President of Ripken and Aberdeen Professional Baseball, Ira spearheaded the development of the Ripken Baseball Complex in Maryland. This $38M facility includes a 6,500 seat minor league baseball stadium and youth baseball fields. Working with a challenging public-private financing structure to build the Complex and the acquisition and relocation of the minor league baseball team, he later established the Cal Ripken World Series with Fox Sports.

Ira has been certified with MLBPA, NFLPA, and PLPA and negotiated a $4.2M signing bonus for Gavin Floyd, at that time the largest MLB signing bonus ever for a High School Pitcher. Ira has represented Tewaaraton Award winners in lacrosse, Paul Rabil, Max Seibald, Rob Pannell, Kyle Harrison, and Taylor Cummings. He has negotiated over 100 Million Dollars in sports contracts. He has worked with a long list of corporate partners such as Under Armour, Nike, Red Bull, Adidas, Chevrolet, McDonald's, Coca-Cola, Oakley, Wheaties, 5 Hour Energy, New Balance, Warrior, CBS SportsLine, Sports Illustrated, AIG and Merck.

In addition to sports industry clients, Ira has provided counsel to R&B star MARIO. As a consultant to actor John Leguizamo with his agent role in the movie "The Fan," starring Robert De Niro and Wesley Snipes, Ira was personally named and credited in the film. He also managed Jason Alexander's public relations when he was married to Brittany Spears for 55 hours.

Recruited as an expert in his field, Ira has appeared on CNN, HBO's Real Sports with Bryant Gumbel, ESPN's Outside the Lines and SportsCenter and has been quoted in the New York Times, Wall Street Journal, Business Week, Sports Business Journal, Sporting News and USA Today. He was named to the prestigious 40 under 40 by the Baltimore Business Journal, a national nominee of the Sports Business Journal. He received the Mayor Citation as the licensing director of Baltimore's Bicentennial Celebration.

A Member of the Maryland Bar, Ira is a graduate of the University of Maryland School of Business and Management and the University of Baltimore School of Law. He serves on the Board of the Sports Law Institute and is an Adjunct Professor teaching Sports Law and How to Represent the Professional Athlete. Ira is a Florida Supreme Court Certified Mediator and Florida Supreme Court Arbitrator and has his FINRA Series 82 license for private securities offerings..