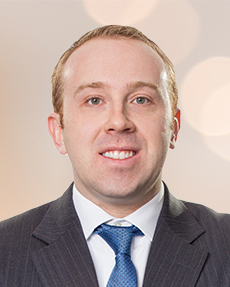 Pierce is a versatile attorney with deep experience in high stakes and high publicity cases, particularly those involving allegations of sophisticated fraud or financial crime. A Baltimore native and member of the Maryland bar, Pierce also is admitted in Virginia and all of its federal courts, including the Eastern District of Virginia's "rocket docket" where he has represented a number of clients involved in the region's intelligence and defense contracting industries. For example, Pierce and STSW obtained a multimillion dollar fraud judgment against notorious CIA imposter and convicted felon Garrison Courtney, described in the New York Times as "one man [who] conned the Beltway" and the Washington Post as "a 'diabolical' former DEA staffer [who] conned the intelligence community." Pierce and his colleagues were not conned by Courtney, and successfully sued him years before he was indicted following a classified investigation by the CIA, FBI, DOJ and other federal investigatory and national security agencies. Unlike other victims of Courtney's fraud, STSW's client recovered 100% of its losses, due to the efforts of Pierce and the firm's other attorneys. Pierce represents other clients confronted with complex cases and substantial risk, including national banks, U.S. Government employees facing allegations of constitutional violations, and private firms and lenders in numerous contested federal, bankruptcy and state court matters nationwide, as well as related appeals.

Pierce represents the firm's clients in other intellectually demanding areas of law, including civil rights litigation, class actions, and appeals. He has a strong background in commercial finance, real estate, and related business matters, such as commercial bankruptcy, equipment leasing, foreclosures, federal and state receiverships, secured transactions and litigation under the Uniform Commercial Code ("UCC"). In connection with his commercial finance work, he assisted in editing several of the American Bar Association ("ABA") 50 state surveys of lending law. Pierce is proven and unafraid to represent clients in emerging fields, like cannabis law, internet harassment and defamation, and start-up businesses of all types- whether in litigation or in transactions and deals. He also represents select clients in personal injury, criminal and regulatory matters.