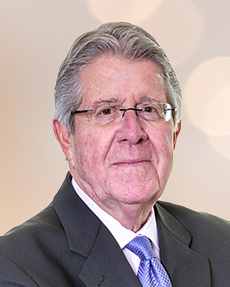 The Board of Trustees of the Public Defender System
Member Since: 1992-2004

Commission on Judicial Disabilities
Member Since: 2013-2020

Upon graduation from law school, Mr. Karceski entered the United States Army as a Captain, assigned to the Judge Advocate General Corp. Mr. Karceski performed varied legal assignments during his tour of duty, both in the States and overseas. He served as the 38th Brigade Legal Officer while assigned to duty at Osan, Korea.

After separation from the military, Mr. Karceski became an Assistant State’s Attorney in the Baltimore City State's Attorney Office where he served as a prosecutor in numerous court and jury felony trials.

In late l97l, Mr. Karceski entered the private practice of law as a criminal defense attorney where, for the most part, he was a solo practitioner handling the defense of numerous high-profile cases, including the defense of Baltimore Ravens football players and coaches such as Ray Lewis, Chris McAllister, and Rex Ryan.

Mr. Karceski has been a member of the American College of Trial Lawyers since 2003. The College consists of no more than 1% of any State’s lawyers admitted to the practice of law. Throughout the entire State of Maryland, there are presently no more than 125 members, both active and retired. Membership is by a lengthy selection process.

Among the many high profile cases that Mr. Karceski defended is the case of State v. Swartz. Mr. Swartz’ case garnered national media attention. The Swartz trial became the subject of a novel by Leslie Walker entitled Sudden Fury, as well as a full-length movie for television.

Mr. Karceski has also defended 3 death penalty trials. One, State v. McWhirter, is the only death penalty jury trial in Maryland resulting in a complete acquittal of all counts.

Also gaining national media attention were the cases of State of Maryland v. Stanley Protokowicz, U.S. v. William Dee, and U.S. v. Kerry Ellis.  Mr. Protokowicz was charged criminally and brought before the Attorney Grievance Commission of the State of Maryland on charges that he burglarized his wife’s home and microwaved her cat. He remains today a member of the Maryland Bar.