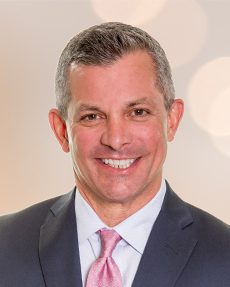 Mr. Silverman is the managing partner of the firm with thirty years of litigation experience in federal and state courts throughout the region. Mr. Silverman is recognized as one of the most able trial lawyers and negotiators in Maryland, and has enjoyed an extraordinary record of success.

His principal areas of practice include all types of complex civil litigation and appeals, as well as high-profile criminal litigation. He has been recognized as one of the top 100 trial lawyers in Maryland for 12 consecutive years by the The American Association of Trial Lawyers, was named by a national publication as one of the top 10 criminal defense attorneys in the Northeast, and was named top 100 lawyers overall in the Northeast United States.

Since 1991, Mr. Silverman has represented thousands of criminal clients in courts throughout Maryland and the mid-Atlantic region. He has not lost a jury trial in any criminal matter in over two decades.

Although he established himself as a criminal defense attorney early in his career, Mr. Silverman has also served as lead counsel in scores of complex civil jury trials in state and federal courts. His skills and success in the civil courtroom led to him being named a U.S. News Best Lawyer in America for civil litigation as recently as 2021. He has also been appointed by Federal Courts as lead or co-lead in several nation class actions including the NHL Concussion Litigation (Minnesota) & The NFL Painkiller Litigation (California), to name a few.

Select Cases of Interest and Significance

He has served as a legal consultant for the Washington Post, the Baltimore Sun, the Maryland Daily Record, CBS News and other national and local media. He has been invited by the Bar Association to lecture before colleagues and has served as a member of the Judicial Selections Committee. He also has been invited to present at UCLA School of Law's Labor and Sports Symposium and at area law schools on a variety of topics.

Some cases of note include: