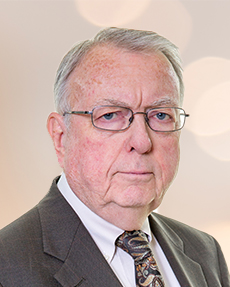 We mourn the loss of our wonderful friend and colleague. Joe was an outstanding lawyer, judge, jurist, and educator who loved his work and was well respected by his colleagues and students.

Joe will be greatly missed by all.

Prior to his elevation to the Court of Appeals, Judge Murphy was Chief Judge of the Court of Special Appeals of Maryland, the state's intermediate appellate court. Judge Murphy has authored hundreds of published appellate opinions. He also served as a trial judge on the Circuit Court for Baltimore County from 1984-1993.

Judge Murphy's litigation practice concluded in 1984, when he was appointed to the Circuit Court for Baltimore County.

In addition to his active practice at Silverman Thompson, Judge Murphy teaches Evidence at University of Baltimore School of Law and Trial Practice at the University of Maryland School Of Law. He is the author of the Maryland Evidence Handbook.

Officer and trustee, Maryland Institute for the Continuing Professional Education of Lawyers (MICPEL)
Member Since: 1984-1988

Appointed to the Trial Experience Committee of the United States District Court for the District of Maryland.
Member Since: 1984